This is a blog created for the Erasmus project

''Activity& Eating: Small Steps to a Healthier You''

The aim of our European project, and BME International Secondary Grammar School is to convince teen students to improve the quality of life, change knowledge and behaviors related to physical activity and promote healthy dietary practices.

Through this blog we would like to promote a healthy lifestyle, to have the students' voices heard, keep the work of the project team updated, and give a chance for everybody who is interested to express their opinion and suggestions on this subject.

Today we had double PE lesson and as the weather was really nice, though it was raining a little,  so we walked up to Gellért hill with the class and with Mr. Andreas and Mrs. Ágota our teachers.
We had a really nice time even though by the time we got to the top(235m), every one was pretty tired and sweaty.
The view was beautiful. This is one of the places one must visit when comes to Budapest. The hill is a park in the center of the city emerging from the river Danube that splits the town in two. Under it are the Turkish baths, and on the side you can find the Gellért hill cave which is a temple in our days.  On the top is the statue of liberty and the citadella which was a fortress in the 19th century.

Under the statue of liberty and with the city under us or actually behind us,  we did a picture of the class while holding up the Activity And Eating BME.  The walk was a really good cardio work out, and leisure time instead of the normal class. Hope to do some more exciting things in the future. 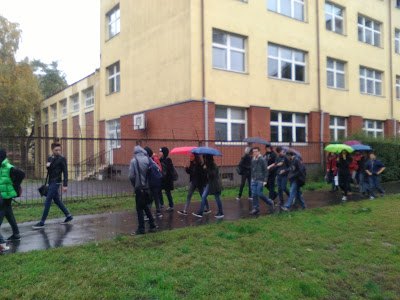 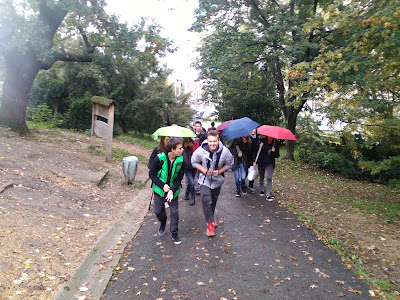 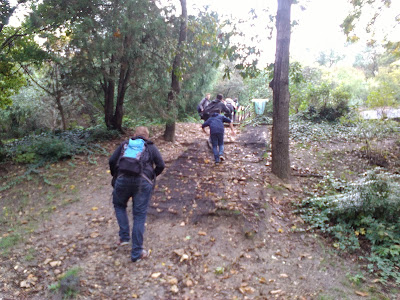 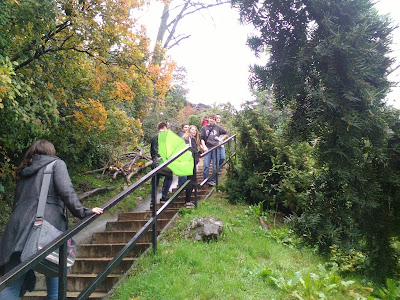 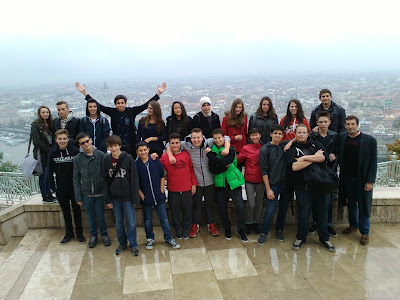 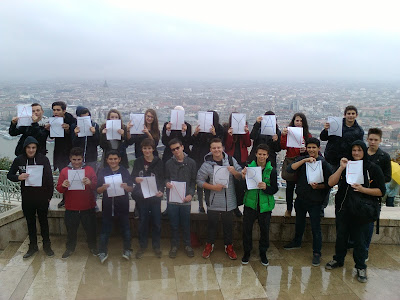 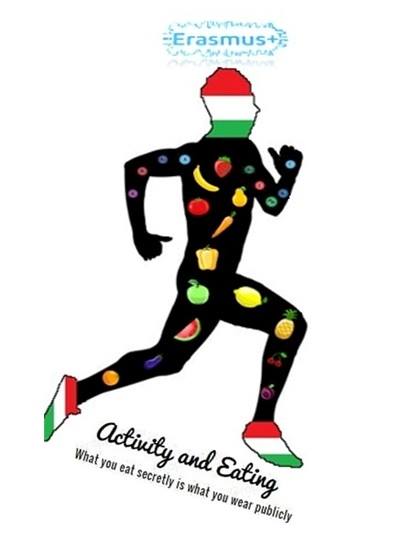 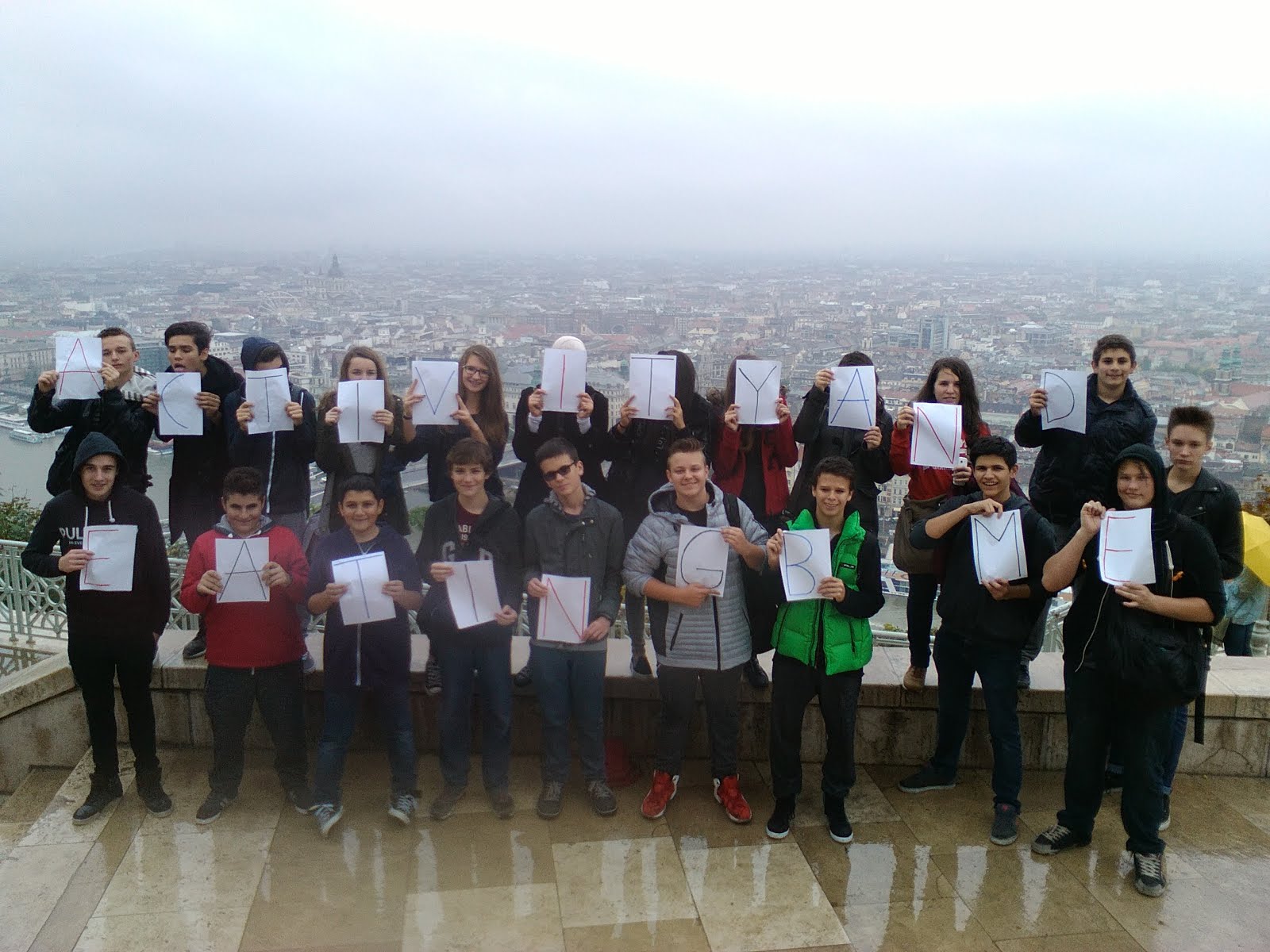